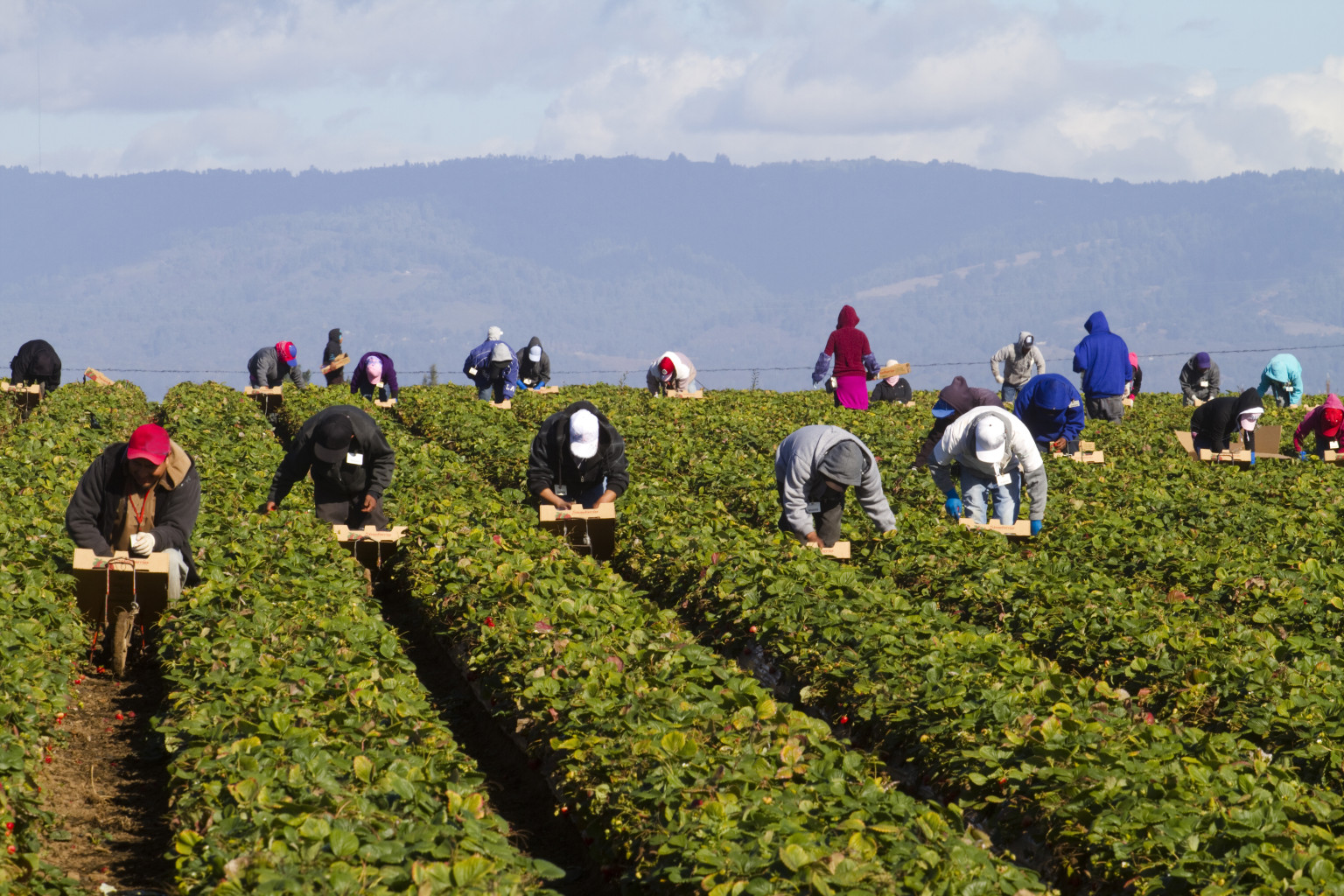 Donation of $20 will go to the Center for Farmworker Families to support their project. Please email tdemos@ucsc.edu to reserve a place on the tour.

The Farmworker Reality Tour will challenge participants to better understand the conditions of Mexican farmworkers in Central California. The tour will begin at Crystal Bay Farm at 3pm where we will have an opportunity to observe three farming practices common in the area: organic agroecological production, organic industrial agriculture, and commercial industrial agriculture. A Oaxacan family will discuss their lives and describe the every-day challenges that they face. They will also provide a strawberry picking demonstration. Participants will have the opportunity to pick and purchase organic strawberries. Next, we will visit the Buena Vista Migrant Labor Camp where farmworkers will share their apartments with us and the challenges their children face in receiving an education. Finally, we will travel to central Watsonville and meet a farmworker family that will provide us with a delicious traditional Mexican meal and further discussion regarding wages, working conditions, the use of pesticides and other challenges. The farmworker meal is included in the cost of the tour.

One of the goals of the Center for Farmworker Families is to effectively bridge the experiential and communication gap between the farmworker community and those of us who enjoy the fruits of their hard labor. Farmworker housing is typically located in remote areas far from cities and towns, thereby rendering farmworkers invisible to the general public. Farmworker Reality Tours correct this disconnect by allowing participants to meet, dialogue with, and hear the testimonials of farmworkers. The tours challenge participants to better understand the conditions of Mexican farmworkers in Northern California by sharing in their lives, food, and living quarters. Requests for Farmworker Reality Tours increased significantly from a variety of organizations. If you are an organization interested in participating in a reality tour

Dr. Ann López is an emerita professor and has taught courses in biology, environmental science, ecology and botany in the biology department at San José City College for many years. She is an independent researcher whose research addresses the human side of the binational migration circuit from the subsistence and small producer farms of west central Mexico to employment in California’s corporate agribusiness. Dr. López has worked with over 33 farm worker families in the Salinas and Pajaro valleys. She has also studied 22 of their family farms in the west central Mexico countryside, and has received recognition and awards for her work.

Her book entitled The Farmworkers’ Journey summarizes the results, arguments and conclusions of her research and was published by UC Press in June 2007. In 2008 she was also chosen as one of Silicon Valley’s 100 most influential Latinos in the category of Technology, Health and Science by the Mexican American Community Services Agency (MACSA). In March 2008, her book received the Delmos Jones and Jagna Sharff Memorial Prize for the Critical Study of North America from the Society for the Anthropology of North America. In February 2012, Dr. Lopez and her organization won the Social Justice Award at the 32nd Annual Western Regional EcoFarm Conference in Asilomar. She was chosen as a Woman of the Year for 2013 by the National Association of Professional Women. She was awarded the Human Agenda Ecological Sustainability Award in 2014 and the Community Action Board of Santa Cruz County, Inc., awarded her with the Community Game Changer Award in 2015.

Dr. Lopez’ research findings while interviewing central California farmworker families and their family members in Mexico were fundamentally disturbing and life transforming. As a result, she is actively attempting to create awareness about the Human Rights abuses that are endemic to every juncture of the migrant circuit. She has also initiated many projects on both sides of the border designed to alleviate some of the inordinate suffering experienced daily by migrant farm workers and their family members in Mexico. To this end, she and associates have created a nonprofit 501(c)3 organization on behalf of central California farm workers and their family members living on subsistence farms in Mexico.